Earth is attacked by an intergalactic villain and his army of robotic androids.

Plot
One of four low-budget Italian space opera movies produced in the wake of Star Wars by Italian director Alfonso Brescia (under the pseudonym Al Bradley), the film takes place on Earth (now renamed “Sol 3”) in the year 2312. The planet is sold to an evil despot named Kress, who soon flies to “Sol 3” to start gathering humanoid slaves to sell to his evil counterparts. Defending “Sol 3” against the new owner is the kindly Professor Maury and his ragtag band of human and robot friends. Maury and his defenders set out to reclaim the planet from Kress and his cyborg army.

0
Be the first to review “Star Odyssey” Cancel reply 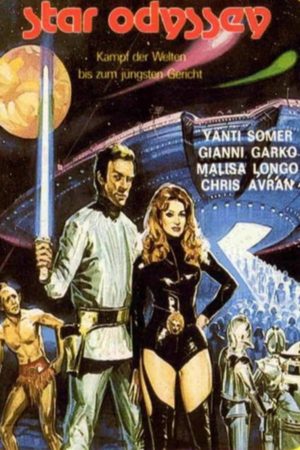