Track of the Moon Beast

A young man is transformed into a hideous "moon beast" due to a meteor fragment lodged in his body.

Track of the Moon Beast is a 1976 horror film directed by Richard Ashe and written by Bill Finger and Charles Sinclair. The story revolves around a mineralogist being hit in the head by a meteor, which turns him in to a vicious reptilian creature during the full moon.

Plot
Mineralogist Paul Carlson (Chase Cordell) is struck by a lunar meteorite while observing a meteor shower. Lodged in his brain, the meteorite causes him to transform into a strong and vicious lizard (the titular “moon beast”) whenever the moon comes out. In his lizard form, Paul loses all traces of his human self and goes about killing people at random. While human, Paul is subject to spells of dizziness and nausea, causing his girlfriend Kathy Nolan (Donna Leigh Drake) and friend and former teacher Johnny Longbow (Gregorio Sala) to become concerned.

Eventually it is shown that Paul is the monster, and deduced that the meteorite fragment in his brain is the cause of his transformations. Plans are made to remove it from his skull, but the NASA brain surgeons realize, after another X-ray and Johnny remembering some Native American legends documenting similar phenomena, that the meteorite has disintegrated and will eventually cause Paul to self-combust. When Paul learns of this, he escapes into the desert, presumably to kill himself so he will not cause any more harm. Kathy, Johnny, and the local law enforcement follow him, and Johnny shoots him with an arrow made of the original meteorite, which causes him to explode. 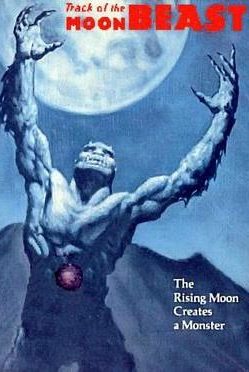