Voyage to the Prehistoric Planet

In 2020, after the colonization of the moon, the spaceships Vega, Sirius and Capella are launched from Lunar Station 7. They are to explore Venus under the command of Professor Hartman, but an asteroid collides and explodes Capella. The leader ship Vega stays orbiting and sends the astronauts Kern and Sherman with the robot John to the surface of Venus, but they have problems with communication with Dr. Marsha Evans in Vega. The Sirius lands in Venus and Commander Brendan Lockhart, Andre Ferneau and Hans Walter explore the planet and are attacked by prehistoric animals. They use a vehicle to seek Kern and Sherman while collecting samples from the planet. Meanwhile John helps the two cosmonauts to survive in the hostile land.

Voyage to the Prehistoric Planet is a 1965 American science fiction film, one of two versions adapted for Roger Corman from the Soviet science fiction movie Planeta Bur (Planet of Storms), scripted by Aleksandr Kazantsev from his novel and directed by Pavel Klushantsev. Curtis Harrington oversaw the editing and dubbing of principal portions of the source film, and directed new principal scenes featuring Basil Rathbone and Faith Domergue. The resulting new film was then syndicated to television by American-International Television Inc.

Plot
The film essentially follows the story of the Soviet original, with Rathbone and Domergue replacing two Soviet actors in roles as space-station monitors of the primary action. The rest of the film stars the remaining Soviet players, dubbed.

In the revised telling, it is 2020 and the Moon has been colonized. After traveling 200,000,000 miles, the first group of men land on Venus, where they find a prehistoric world in which the crew are attacked by various monsters, plants, etc. 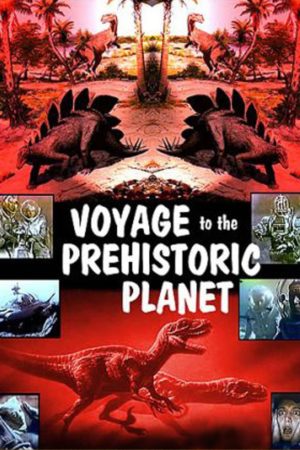