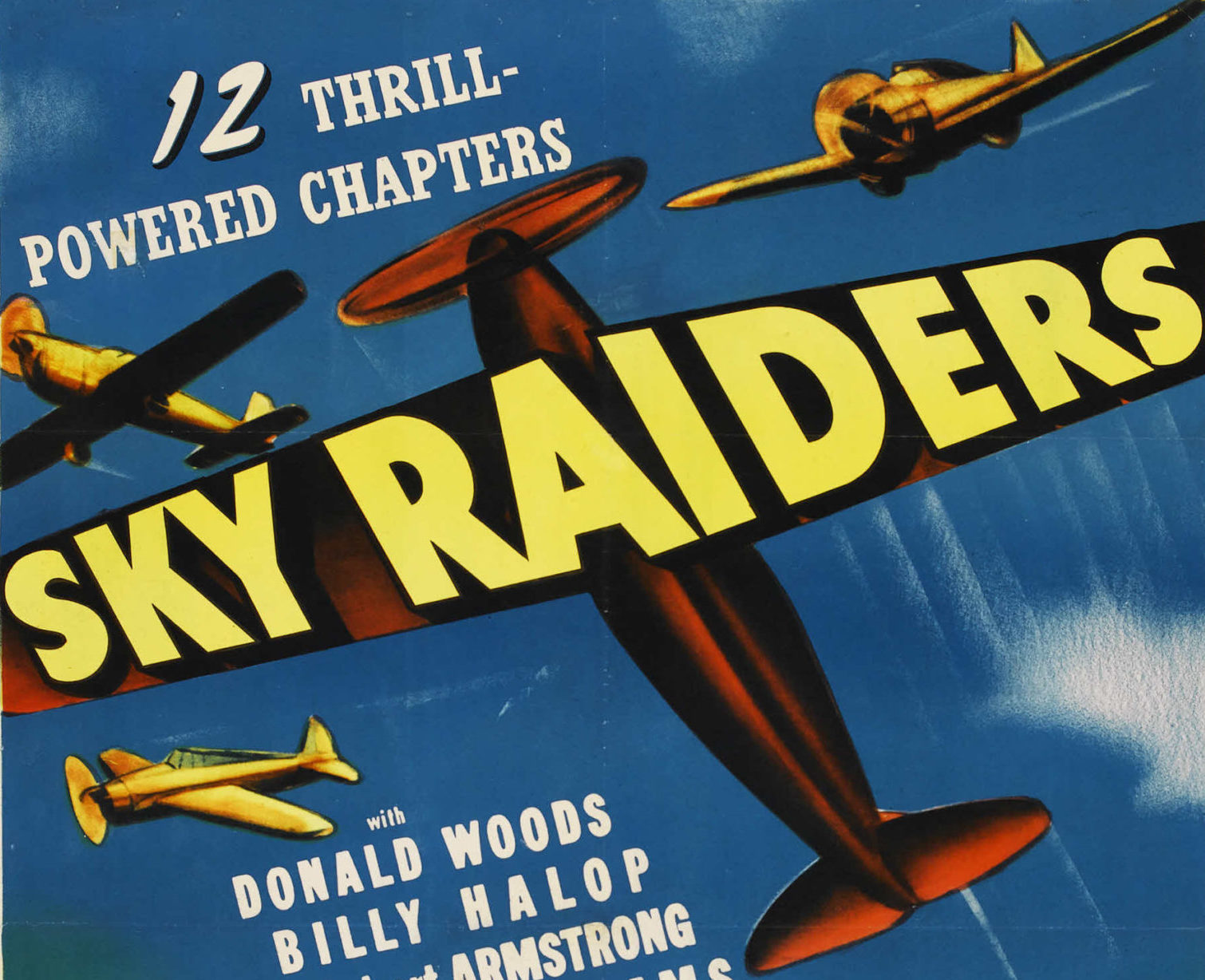 Sky Raiders is a 12-episode 1941 Universal film serial. The serial was directed by Ford Beebe and Ray Taylor. Sky Raiders stars Donald Woods, Billy Halop, Robert Armstrong and Eduardo Ciannelli. Sky Raiders has little in common with Universal’s other early-1940s espionage outings like Sea Raiders or Junior G-Men, although the serial is often lumped in together as if it is part of a series.

Nazi agent Felix Lynx (Eduardo Ciannelli) attempts to steal these designs for his own country. Lynx is determined to seize this valuable new aircraft, with the help of his female accomplice Innis Clair (Jacqueline Dalya) and of a criminal named John KAne who happens to be a perfect double for Dayton. All attempts, however, to steal the fighter aircraft prototype, fail.

Dayton’s new bombsight is being tested in Hawaii, and Lynx intercepts a Sikorsky S-45 flying boat on the way to Honolulu. After it is shot down, Dayton and his secretary Mary Blake (Kathryn Adams) who were on board, were rescued by a government cutter.

Lieutenant Carry (Robert Armstrong) and Tim meet the survivors but find that Lynx has sent his henchmen to finish the job. The foreign agents are killed when they hit an oncoming truck. Mary announces that she has become Mrs. Dayton.

1+
Be the first to review “Sky Raiders” Cancel reply