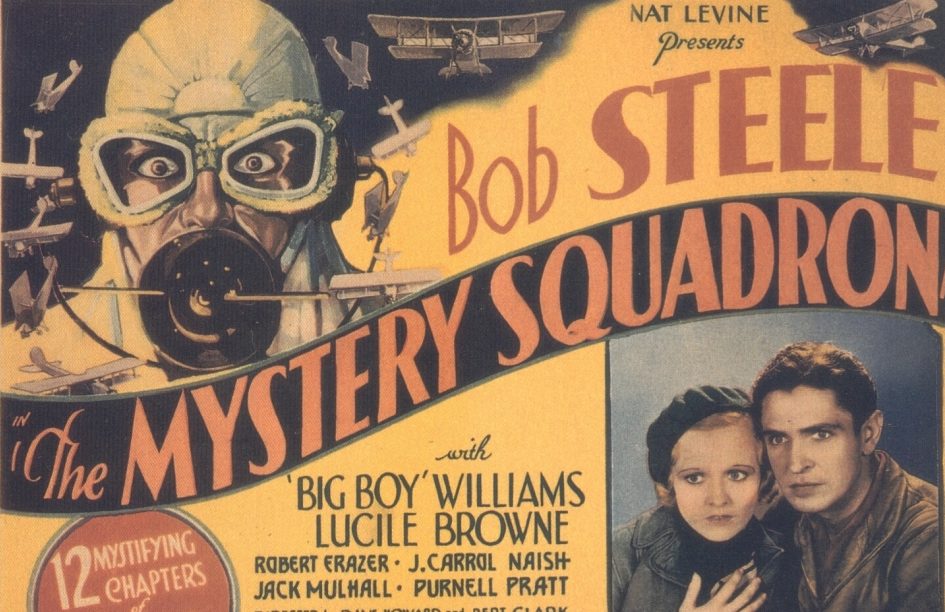 Hank Davis, foreman on a huge dam project, enlists the aid of his two flyer friends when a sinister figure known as The Black Ace leads his Mystery Squadron of masked pilots in an attempt to destroy the dam.

Plot
At an air show, ace flyers Fred Cromwell (Bob Steele) and his partner, Bill “Jelly Bean” Cook (Guinn “Big Boy” Williams) perform aerial feats that prove they are the greatest aviators around. A dam being built by Stephen Gray (Lafe McKee), the owner of a construction firm, comes under attack from the mysterious pilot, the “Black Ace”, and his “Mystery Squadron” of pilots. With Gray facing financial ruin, he asks Henry Davis (Jack Mulhall), the dam foreman and ex-stunt pilot to hire Fred and Bill.

A rich gold mine is threatened by the dam’s construction and a number of individuals behave suspiciously, including Lafe Johnson (Purnell Pratt), a rival contractor, Martin (Edward Peil, Sr.), the hotel owner, Collins (J. Carrol Naish), a construction employee for Gray and Dr. Flint (Robert Frazer). When the Mystery Squadron strikes again, Fred finds Davis tied up in his car. Davis explains he has been held captive by the raiders.

Fred and Bill finally confront Davis with evidence that he is the Black Ace. Davis panics and takes off in his aircraft only to be shot down by Fred and his partner.

1+
Be the first to review “The Mystery Squadron” Cancel reply